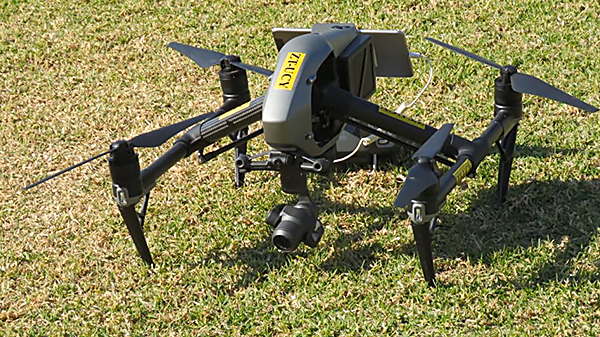 Posted at 15:42h in News by MzansiAeroTech

The first drone (unmanned air vehicle) startup accelerator programme in Africa was launched in Katlehong, south east of Johannesburg, on Friday. The programme is being hosted by the Ekurhuleni Technical and Vocational Education and Training (TVET) College.

The initial programme is a pilot of the concept, involving 13 startup companies. A second pilot programme will be launched in Limpopo province in March.

“We have developed a programme that takes startups from an early stage (not the very beginning) and helps them reach the product-market fit stage; it’s an accelerated programme, which takes 20 weeks,” he explained. “Product-market fit is when you have developed a product or service to the point that customers can use it, gain experience with it, and decide they want it, and a demand for it is created.”

Other partners in the project include the Ekurhuleni TVET College itself (it hosts the only Centre for Entrepreneurship and Rapid Incubator in Gauteng), the UDH Group (an investment holding company), and Netherlands-based engineering and consultancy group Royal HaskoningDHV.

“We were contacted by the [accelerator programme] partners because they knew we used drones, both our own and others we contract in,” elucidated Royal HaskoningDHV South Africa chief commercial officer Salani Sithole. “They asked us if we would like to join this programme. We found the idea very interesting and agreed, especially as the programme includes training in coding.”

“For us, drones are not a standalone capability,” he added. “They add to our data collecting, mapping and data analysis activities.”

“We hope that, out of the 13 startups in the programme, we’ll get three or four that will be able to scale up and employ 20 or more people,” reported Radebe. “After the two pilot projects are completed, we plan to roll out this programme in four more provinces, for a total of six.”